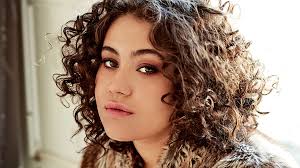 in 2018, Australian singer-songwriter Odette dropped her first album, To A Stranger, an emotion-fueled collection of raw, inspired, highly personal songs about a young woman navigating the rocky seas of her life.

If you are not yet familiar with Odette, you will be.

Here’s a sample from that album.

To A Stranger received much attention in Australia and garnered several prestigious Australian Recording Industry Awards, including nominations for Best Adult Contemporary Album and Breakthrough Artist of the year

Buoyed by the positive reception To A Stranger received, Odette headed back into the studio to record another batch of her IRL-inspired tunes- a chronicle of the often unbearable emotions of being young, vulnerable and in love.

Shortly after the then-named Dwell album was completed, she was diagnosed with Borderline Personality Disorder.

Rather than feeling discouraged by her diagnosis. Odette used it as a lens to focus her work more sharply, recognizing that much of her troubled emotional life was reflected in the haunting lyrics of her songs.

She changed the name of the album to Herald a pronouncement of the newly realized perspective on her life and her work.

Despite all the emotional chaos of her past, Odette was able to come to terms with the impact BPD had on her and is using her diagnosis as an opportunity to better understand, appreciate and change her life.

In a recent interview with The Guardian, Odette talked candidly about growing up in an abusive home, her music, her BPD, and her newly gained insights on love and life.

Odette’s personal transformation has turned this talented writer and vocalist into an inspirational harbinger of hope. Well done!