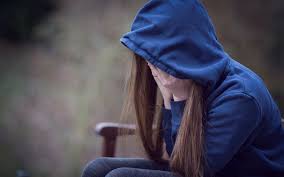 Most people who are impacted by borderline personality disorder (BPD/EUPD) are familiar with the nine criteria used to diagnose the condition. If you’re not, here they are as described in the Diagnostic and Statistical Manual-4 from the American Psychological Association:

Meeting 5 or more of these criteria points to a highly likely diagnosis for BPD.

While the terminology was changed for the DSM-5, which categorizes behavioral traits rather than specific symptoms, the basic nature of BPD is found in both documents.

But something seems to be missing here. Namely that these are lists of behaviors and beliefs that people with BPD manifest or express. And that’s the problem – neither really address the underlying causes of BPD.

The one criterion that comes close is the first, the one about relationship difficulties. And, if nothing else, the developmental origins of BPD are rooted in unstable early life relationships. Traditional psychiatric and psychological theories, such as Freudian and Mentalization-Based Therapy (MBT) talk about ‘attachment’. Less traditional cognitive/behavior theories – particularly Dialectical Behavior Therapy (DBT), point to a social environment not equipped to deal with a highly sensitive person.

Poor attachment is associated with stunted emotional connections in childhood, while a negative social setting is described as invalidating environment. Regardless of approach, the key take-away is that people with BPD, almost from the outset, lack the ability to trust other people. This leads to feelings of abandonment, isolation, poor self image and difficulty managing emotions and behaviors.

This lack of a solid relationship foundation takes a hammer to the basic human need for social connection both at home and in the world at large.

So how does a person with BPD overcome their social deficits? Therapeutic social skills development is often tied to a specific therapeutic approach that is not always readily available or affordable to many people with BPD.

However… a recent article in the New York Times positions social skill development as an alternative, one that adults can learn and practice on their own.

According to the author of the article, Eric Ravenscraft:

“Learning social skills can be difficult if you weren’t exposed to traditional group dynamics as a child, if you struggle with a mental illness like anxiety or depression, or even if you just didn’t have a lot of positive role models when you were growing up.”

Create your own review
The BPD Blog
Average rating:   0 reviews