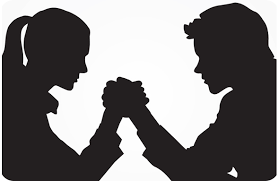 A recent article in the Washington Post caught my attention. The piece reported about females who have ADHD are being under-diagnosed and subsequently don’t receive treatment as a result. Boys, on the hand are frequently overly diagnosed and medicated. Currently, 2.5 boys are diagnosed with ADHD for every girl, but the gender ratio evens out to about 1to1 in adulthood. You can read more about this discrepancy and the consequences women face here.

It struck me because in the diagnosis of Borderline Personality Disorder the ration of female to male adults is often cited as 3 to 1. However other evidence suggests there is an equivalency between male and female adults. Keep in mind that traditionally BPD is rarely given as a diagnosis in children under 18 years of age, a highly debated practice.

Why does this matter? It turns out that there are significantly higher risks for women who have ADHD than men with the disorder, including higher instances of self-harming and suicide attempts. Clearly there’s a need for greater equivalency. BPD studies also point out gender differences can have a serious impact on BPD symptoms. For example, men are more likely to be substance abusers and are more prone to intermittent explosive disorder than women. In contrast, eating disorders are more common in women with BPD in addition to mood, anxiety, and post-traumatic stress disorders. Another gender-related BPD note: women more often wind up in mental health settings for treatment as opposed to men, who are more likely to wind up in prison. You can read the research paper about these differences here

What do you think about this? Let us know your thoughts in the review section below.