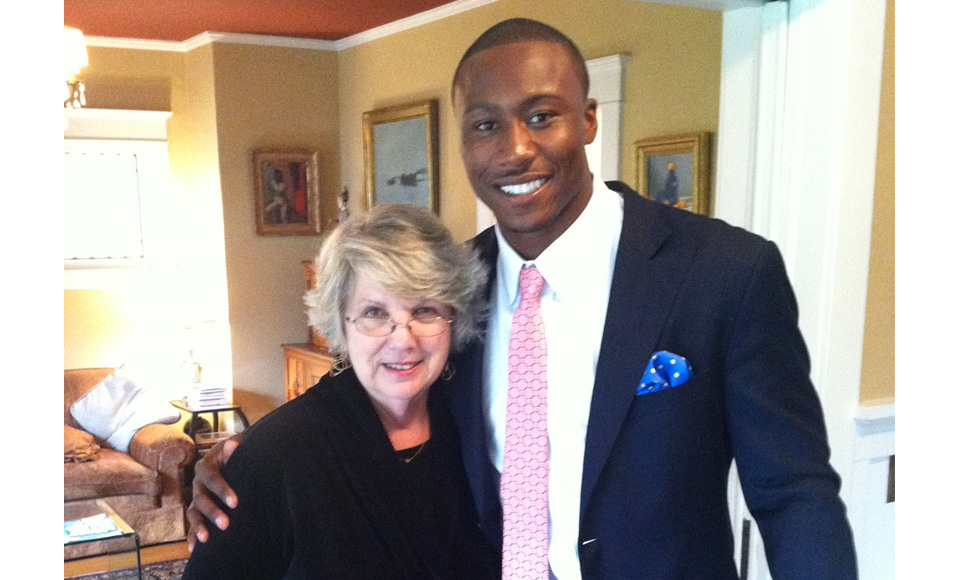 10 years ago, professional American football player Brandon Marshall was at the top of his game. But he had a problem, a very big problem. Many of the attitudes, beliefs and behaviors that made him a success on the NFL gridiron were making his life off the field miserable and destructive.

In 2012, Brandon visited with Marsha Linehan, the developer of Dialectic Behavior Therapy (DBT) and shared his BPD experience with her at her home in Seattle, WA.

To try and reconcile this dilemma, Brandon checked himself into the Borderline Personality Disorder residency program at the McLean Hospital in Massachusetts, a leading therapeutic facility for people struggling with BPD.

What Brandon did took more courage than he knew he had, but he went for it, a choice that he says changed his life and through the foundation he and his wife started, Project 375, is changing the lives of thousands of other people who face the stigma of mental illness every day.

A decade later, while he is not yet under contract to play football this year, he nonetheless remains a strong advocate in the fight against the stigma that surrounds BPD and other mental health conditions. Most recently he spoke at the Menninger Clinic in Houston Texas, a story covered by the clinics newsletter.

Create your own review
Across The Borderline
Average rating:   0 reviews