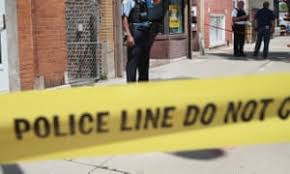 This hashtag, #IAmNotDangerous, is trending on Twitter. It’s both a reference and a rebuke to the current political dialogue in the aftermath of the recent mass shootings in two US cities, Dayton, Ohio and El Paso, Texas.

And its an excellent example of the good that Twitter can do when used responsibly.

The hashtag is particularly aimed at the poorly documented claim that there is a connection between gun violence and mental illness. In fact, this is a false narrative that has been well documented as such. There is little evidence to support this.myth.

In 2016 The American Psychiatric Association published a book, Gun violence and mental illness,   edited by Liza H. Gold, M.D., a Forensic Psychiatrist and Professor at Georgetown University , and the late Robert I. Simon, M.D. a Clinical Professor of Psychiatry at Georgetown University School of Medicine and former President of the American Academy of Psychiatry and the Law. The APA described the book as “an objective, evidence-based review of the intersection between gun violence and mental illness”.

One chapter, Mass shootings and mental illness, was contributed by noted forensic psychiatrist James L. Knoll, MD, the Director of Forensic Psychiatry at SUNY Upstate Medical University in Syracuse, NY., and Dr. George Annas, MD, a board-certified psychiatrist in Syracuse, New York. Knoll and Annas conclude that “no reliable research has suggested that a majority of perpetrators are primarily influenced by serious mental illness”.

You can read the abstract from their chapter or the entire chapter if you’d like a deeper dive.

You can also review all the comments made on Twitter by people using the hashtag #IAmNotDangerous and contribute to the conversation as well.