From Outer Space to Inner Space 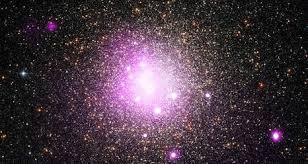 There has been a treasure trove of new expeditions that are exploring the mysteries of our Universe. Expeditions to the planets in our solar system and to the limits of our physical world have been launched or soon will be from nations around our planet.

Coincidentally, tremendous advances have also been made in the exploration of inner space- particularly the human brain. The objective of these earthly missions is to more fully understand how our brains works and hopefully determine how brain variations may cause debilitating mental conditions such as depression, anxiety and the vastly misunderstood borderline personality disorder.

The development over the past 30 years of highly sophisticated imaging technologies have fueled these internal explorations. Now researchers can peer deep into the areas of the brain that process and implement information and examine variations that may tip the scales between normal and aberrant neurological functioning.

As revealing as these inner space explorations can be, a major limiting factor is the high expense of using imaging technologies such as cat scans (CT), pet scans (PET) and magnetic resonance imaging (MRI) to explore the inner workings of the human brain.

One barrier to using advanced scanning machines for research purposes at the Washington University School of Medicine in St. Louis, Missouri is the significant cost aa well as the fact that all of the scanners there are booked all day, every day with appointments scheduled well into the evenings. Fortunately some researchers learned that after midnight scanners were generally available and at a much lower cost of $60 per hour rather than the daytime rate of $600.

That led to a group of 12 scientists and graduate students called The Midnight Scan Club to begin a research project examining their own brains in order to determine the path that information took as it moved from one area to another. They discovered that in 10 of the 12 participants the path was a looping one with information rotating back and forth between regions of the brain. In the other 2 members of the group the path was linear, moving only in one direction.

The implications of the research has yet to be developed but suffice to say that the group is eagerly awaiting those results.

To extend the outer space/inner space metaphor, this result might be akin to aerospace engineers discovering that contrary to the long held belief that back holes in space suck in stars, light and anything else nearby sometimes they also eject objects from some other place and dispense them into our universe. The first question scientists in each field would likely ask is “What the heck does this mean?”.

The answers are yet to come.

BTW, if you were wondering what it might fell like to be sucked into a back hole in space, here’s an enlightening article.

Create your own review
Across the Borderline
Average rating:   0 reviews