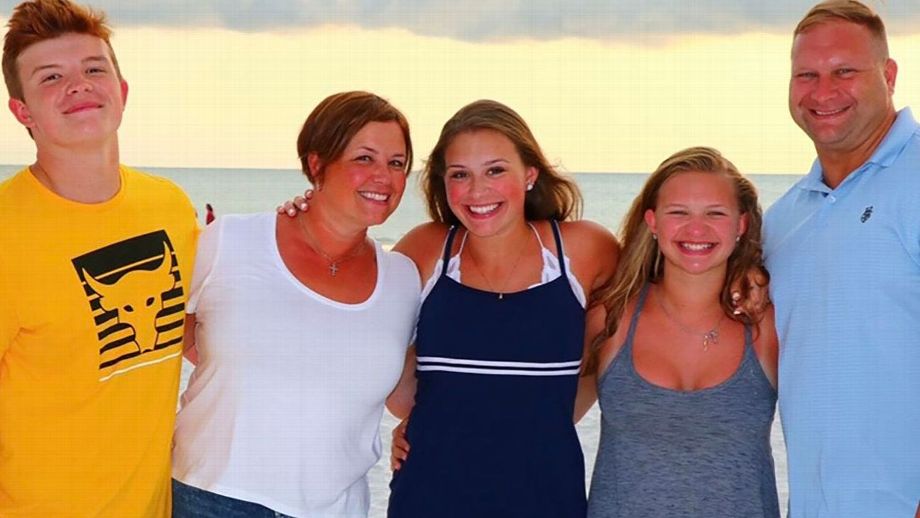 Morgan Urso is a youth hockey player in her home state of Illinois. She began experiencing anxiety as she neared the end of her middle school years but thought that would go away once she was actually in high school. But she was wrong. Things only worsened for her and that brought on debilitating depression. Her parents found a psychiatrist who treated her conditions with therapy and medications.

But while she still liked hockey she was no longer motivated to play in the highly competitive league she was in. So she went to her coach and confided in him what was going on with her and her decision to leave the team. The coach explained that while he had no experience dealing situations like Morgan’s he would support whatever she felt was best for her, whether that was playing, practicing, or simple helping him out on the bench. She left the meeting feeling better about everything, confident she had handled the situation honestly.

Her coach sought the advice of the state-wide league’s governing body about how to best handle things. The league decided that Morgan should not be permitted to play and not be allowed to have contact of any of her teammates. They cited a previous situation from years past when a suicide pact among some league players was discovered and prevented. League officials told the coach they did not want to subject any of their current players to the possibility of a situation like that. Morgan’s coach informed her she was off the team and wrote to the families of the other players saying, “The last thing we want is to see our kids upset and carrying the burden of a teammate’s personal struggle.”

Living in the Chicago area, the entire Urso family were avid fans of the local National Hockey League team, the Blackhawks, whose goalie at the time, Robin Lehner, wore a mask that had a large decal on one side that read #SameHere. Curious about that, Morgan’s parents looked it up and discovered that it’s an organization- The #SameHere Global Mental Health Movement. They decided to make a contribution in the amount that equaled the refund of $1209.87 the Orso’s received from the state hockey organization for Morgan’s unused entry fee.

When Eric Kussin, the founder of the #SameHere organization, contacted the Urso family about the unusual amount of their contribution, he learned about Morgan’s story. Kussin offered to put her in touch with Robin Lehrner and she began sharing stories with the goalie about their mental health struggles.

Kissen also put Morgan in touch with another former NHL player, Rob Schremp, a #SameHere advocate who was dismissed from the European team he played for when they learned about his mental health history. Schremp became a mentor to Morgan as she began to put her life back together, something she has done. New school, new team, new friends and a new outlook on her life. “I feel safer, like I can talk about it. I don’t have to wear long sleeves all the time, I can show people my scars. I’m not afraid of people staring at me or judging me anymore.”

Morgan’s story also got a good deal of press attention including an article written by Emily Kaplan for ESPN.com, the online magazine published by the ESPN cable sports network.

Despite all the twists and turns, Morgan’s experience shines a much needed spotlight on the critical value of greater mental health awareness and advocacy.

“I want people to be more educated,” Urso says,”because no kid should have to go through what I went through.”
Amen to that.