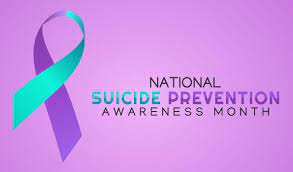 According to the World Health Organization and the International Association for Suicide Prevention an estimated one million people per year die by suicide.

In response to this public health crisis, both organizations collaborated on the creation of World Suicide Prevention Day which takes place annually on September 10th. In some places, including the U.S., the entire month of September is devoted to the campaign

As a result, the once taboo topic of suicide has recently been discussed more openly in order to raise awareness about suicide and hopefully help reverse the toll it takes.

Hand-in-hand with raising awareness is providing support for individuals who have reached that point of hopelessness where they believe that death might be their only relief from the intense emotional pain they are feeling.

Suicide ideation and attempts are highly prevalent in people who have a diagnosis of Borderline Personality Disorder. On average one in 25 people with BPD will make a suicide attempt and one in 10 will actually end their life.

If you are having thoughts about taking your life or planning to do so, there are many resources you can reach out to including telephone help lines and text based services.

There are also a number of online resources you can access if you are seeking help.. One that is particularly well regarded is the website NowMattersNow.org.

The site provides video-based resources and features, including personal stories of people who learned to overcome their suicidal thinking through the application of well researched coping techniques, in particular the social skills Dr. Linehan incorporated into her Dialectical Behavior Therapy.

The first step away from the thought that dying would be better than living is to know there is hope. Here’s a clip from the first of many collaborations we had with Marsha Linehan. The clip is 25 years old, but her message of not giving up hope still resonates.